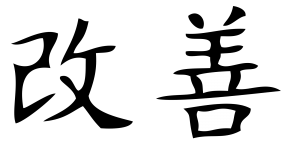 Congratulations to CrossFit Empower’s competition team Dangers, Bruiser, The Touch & Still Waters.  They just completed the CrossFit Team Series and did us proud.  They are the first competition team we have fielded here on Dunbar Street and got to compete with teams not just from Vancouver but all over the world!

I had the pleasure of watching a few of their WODs and can tell you that they did an outstanding job.  They collected a bunch of personal bests along the way really capturing what competition is all about.

Too many people mistakenly believe that competition is about being better than someone else.  Some with this belief are intimidated, discouraged and turned off by the notion.  Others resort to cheating, shorting reps, belittling the competition in subtle or not so subtle ways.  In certain sports (not baseball) baseball bats have even been used to disable the competition.  All this because people have failed to understand the purpose of competition!

The Japanese have the concept of Kaizen.  Popularized in industry with the rise of lean manufacturing Kaizen actually means continuous improvement.  It is one of the founding principles of Judo: continuous self-improvement.  Good enough, is never good enough.  One should always strive for self-betterment.  Not out of discontent but because life is about realizing the best possible version of ourselves.

Another founding principle of Judo is this: Mutual benefit and well-being.  In other words, our opponent is their to help us on our journey of continuous self-improvement and we in turn are supporting our opponent’s journey.  The more we challenge each other, the better we each must become.  And so we face our opponent with a heart filled with gratitude and a fierce desire to give our best performance in order to help them achieve theirs.  This is not a zero sum game.  Win or lose we both have become better people for the experience.

I witnessed this last night as my son’s rugby team in their first real game was completely out matched by a much larger and stronger team.  In the first half they were completely run over and were down 8 points to 0.  There was no way that they would recover from that deficit in the second half.  They could have given up then and taken their beating but those stubborn little scrappers instead dug in their heals and started fighting back.  They stopped fearing their opponents and started hitting back despite the size discrepancy.  They weren’t going to win but they weren’t going down without a fight.  In fact, in the second half the opposing team only managed to score 4 more points.

After the game Kaelin was grinning ear-to-ear as he told me: “Dad, I know we lost, but I feel like we played really well.”

And they did.  They faced a better opponent and in doing so improved their game.

Bruiser, Still Waters, Dangers & The Touch stepped up to play and in so doing became just a bit better than they were before.  And had fun doing so.  Congratulations to them for embodying the spirit of competition.

The 2016 CrossFit Open begins at the end of February.  If you want to test yourself and push yourself to a higher level, come give it a try.

Competition is not to be feared or despised, it is an opportunity to be better than you were yesterday.  Embrace it, love it and love who you become through the experience!