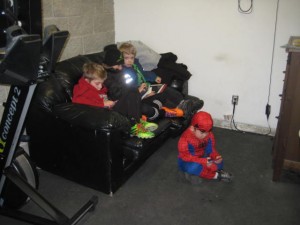 Our diligent weekend crew braved some Vancouver frost in order to pursue the goal of becoming the fittest folk on Dunbar Street.

It was a make up day.  An opportunity to work on weaknesses or hit a CrossFit WOD previously missed and we had quite a list to choose from.

The 7am early crew saw G-Money & Fe Prof on the row, BFG faced the Airdyne, Quicksilver did the deadlifts, Shades the Back Squat and Magnum took an advance on the upcoming box jump-HSPU WOD before working on weaknesses. 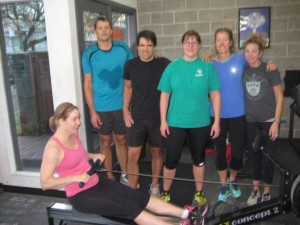 8am Road Warrior was solo on the Airdyne as Motor deadlifted.  HHH was back squatting and Smash did Push Press.  Bruiser crushed benchmark WOD Mary. 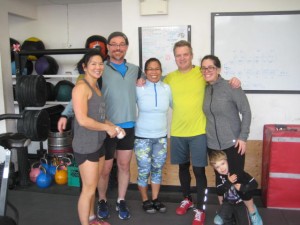 10am Doc Bones, Outlaw & Shine rowed, Still Waters & Jersey deadlifted, Peril was solo on the Airdyne.  Dangers did push press and Big Cat got heavy on the back squat. 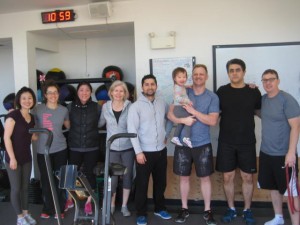 A very productive day for all. 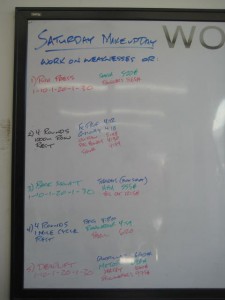 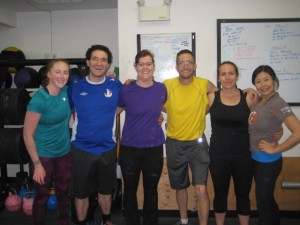 We hit the WOD stations in two teams.  The girls: HeeHee, Fast Trak, PomPom & Hard Rock.  The boys: Doc Disc, Super Mario & myself.
We completed 2 out of 3 stations before running out of time.

As well as competitive skill development, our 10-week focus has been on midline strength & stability and grip endurance.

Team WODs will resume in the New Year with an emphasis on rebuilding our engines in preparation for competition.