It was a tough week on Dunbar Street as we had a series of tough WODs.

Friday was an opportunity to make up any WODs you might have missed or to just work on weaknesses.

5:30am Crusher worked on his double unders and Dangers worked on his muscle ups.  Music Mam meanwhile took on CrossFit HeroWOD Jennifer and though he just got his first pull ups Saturday he did about 25 RX pull ups including 2 in a row becoming the first person on the October Personal Best board.  Way to go Music Man! 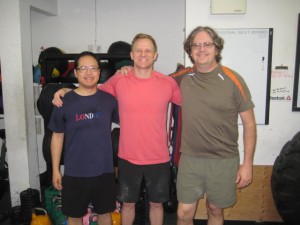 6:30am Folks must have been sleeping in because Springs & G-Money had only each other for company as they struggled through this week’s long 4 round WOD. 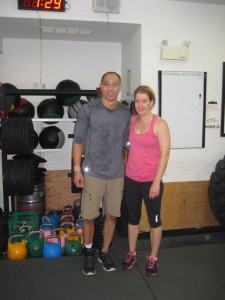 9:15am Shine, Doc Disc & Sam I Am all completed Hero WOD Jennifer 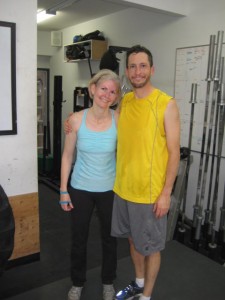 12:00pm A solid noon crew.  Tamahock, Skipper & Hard Rock took on Hero WOD Jennifer whilst Salt & Dolly chose this week’s vomit-maker the 10 round Airdyne Sprint.  Dolly beat my top score of 20 with a 19 second average and Salt tied Aquagirl for top spot with an average time of 23!   And neither were sick:) 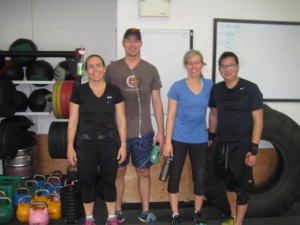 5:00pm HeeHee did Nancy while General & Pom Pom went with the HeroWOD.  Magnum & Batgirl faced the Airdynes and Magnum tied my score of 20 seconds settling for a 2nd place tie behind Dolly.  I designed a unique AMRAP for T-Bone and Sprite & Super Mario worked diligently on weaknesses. 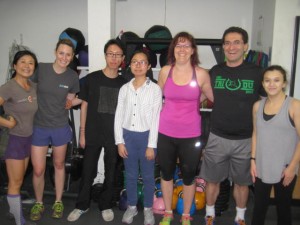 The Vancouver weather was cooler and more grey as we seem to be shifting toward autumn but spirits in the box remain cheerful as we all continue to strive towards new highs.  Keep up the great work! 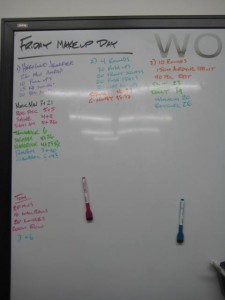