The Truth About CrossFit: An Origin Story

These days CrossFit is big business with plenty of media attention and social media hype fueling both its adherents and its opponents.  Inside all that noise it is easy to forget where CrossFit began and what CrossFit is at its core.

I hear it referred to as a cult so often as if CrossFitters were all of one mindset following a simple agreed upon orthodoxy.  As if we had all been sucked in by the charismatic power of a single cult leader.  It is a description that makes sense now that CrossFit and its founder are famous but that simply ignores the reality of how CrossFit began. 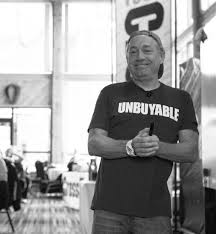 CrossFit was founded by Greg Glassman, a fitness trainer with a gymnastics background and a penchant for quantifiable sciences like math and physics.  He is by nature a contrarian who seeing the ineffectiveness of the commercial gym industry took it upon himself to challenge the prevailing sports science orthodoxy at the time.

Over the years he ignored conventional wisdom in pursuit of better and better fitness results for his clients and in so doing stumbled ingredient by ingredient upon the recipe for how to make people fit.  And that is all that CrossFit is, a recipe for how to produce the best fitness results the fastest.  It replaces and old and dysfunctional model that was serving people poorly.

What was Glassman’s big plan?  Having produced success with his own clients, he shared their work out of the day (WOD) on his free website www.crossfit.com so that anyone else could follow.  That was it, no fee to view, no email capture, no photos or contact info for the “cult leader”.  Just a workout and some instructions on how to perform the movements correctly.

What were they selling?  Nothing.  They were offering fitness – FREE.  To anyone. 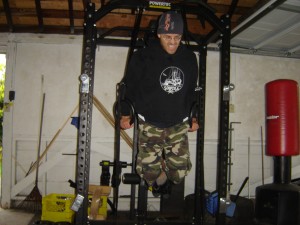 That’s right, www.crossfit.com wasn’t selling gym memberships or franchises, it was encouraging people like you and me to cancel our gym membership, build our own equipment or buy it on the cheap and pursue elite level fitness in our own homes.  Browse the site and you will find all those resources are still available absolutely free.  Everything that you need to produce elite level fitness.

So how did it all start?  Folks like me got curious.  Why was CrossFit’s recipe for fitness working better than all the sports science I had learned as a coach & trainer?  After a few years of success I was willing to shell out US $1000 to attend a Level 1 seminar to learn more and it was money well spent!  Soon those seminars were selling out filled with people like me who had experienced the miracle results of CrossFit in our own homes. 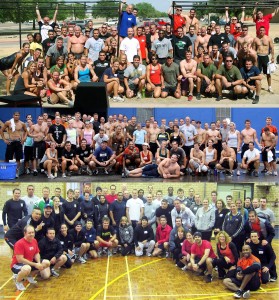 How did there come to be 13 CrossFit affiliates in Vancouver?  Dave Werner approached Greg Glassman and asked if he could open a CrossFit franchise in Seattle.  Business mogul that he was Glassman had never considered it.  Uncomfortable with the corporate responsibilities of franchising, Glassman instead offered Werner the right to use the CrossFit brand name as an affiliate.  The licensing fee: US $500 annually.  Werner still pays that same amount. 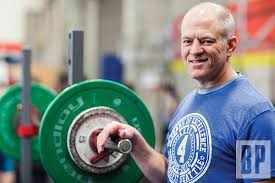 Today new affiliates pay US $3000 per year (a bargain) but older affiliates like CrossFit Empower on Dunbar Street have been grandfathered in to the much lower affiliate fees from before the brand became famous.  Today Glassman is seen as a business genius but before 2012 when Reebok came on the scene there was no marketing of the CrossFit brand besides word of mouth.  The recipe for fitness worked so well that we were compelled to share it with others.

Glassman planned for us to all train in our basements and garages and armed us with the tools we would need to be successful.  But brilliant as he appears to be today he was too dim to realize that we would prefer to train together with like-minded people.  Even he never considered that we would be willing to pay a premium in order to gather with other fitness-minded individuals.  He never imagined what CrossFit has become. 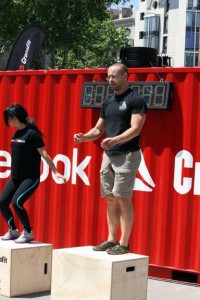 If Glassman has achieved cult-leader status it is because grateful CrossFitters have placed him on that pedestal.  And those like me who received so much for nothing in those early days, who benefited from Coach’s open-hearted generous desire to change the health of the world are happy to see that wealth and fame have found him despite his best efforts to give it all away for free.

CrossFit isn’t a fad, a cult or a cash-grabbing corporation, it is a recipe for fitness and a community of fitness-minded individuals striving toward peak personal health and performance.

Want to test the recipe for fitness?  https://www.empowereverybody.com/get-started/